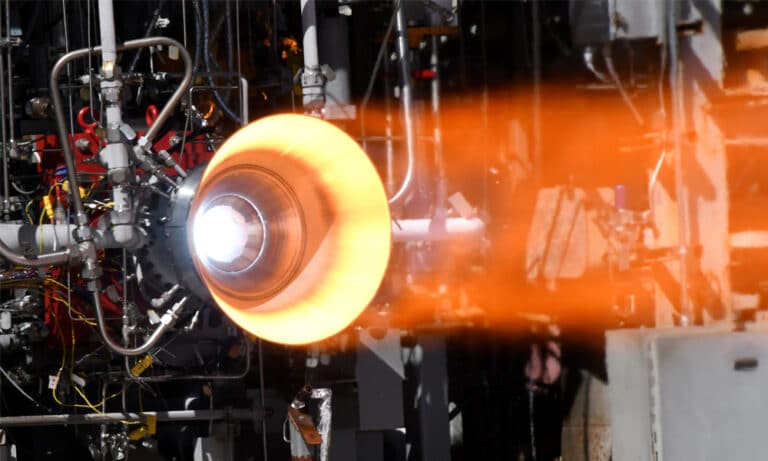 Space propulsion systems have come a long way since NASA began launching rockets in the 1950s, becoming more fuel efficient, faster, quieter, and lighter. Newer systems have higher thrust, better reliability, and improved technological design. Since the 1990s, advanced materials, smart controls, and engineering techniques have fueled dramatic advances in thermal efficiency. NASA’s work with industry leaders have created a host of innovations that has driven advancements not only in space exploration and aeronautics, but every form of transport through space, air, and even water.

All of the advances in aeronautics and space propulsion systems have been driven by advances in electronics component manufacturing. These advances meet the need for the precise calibration and control required by newer designs in thrusters. For example, electric propulsion systems that keep GPS, military, and communications satellites on course, have revolutionized fuel efficiency by ionizing stable gases rather than burning heavy fuels. In order to do this, the thrusters use electricity from solar cells to create plasma, which is then propelled through a spacecraft’s exhaust.

Plasma thrusters represent one future avenue for deep space exploration, but they are only one advancement among many in aeronautics and astronautics. Other propulsion systems in development include electrothermal engines, solar sails, thermal fission, pulsed fusion, and antimatter-powered spacecraft. Scientists have even begun to see results from research on the EmDrive, a design (long thought impossible) that converts electricity into microwaves. While many of these designs still only exist in the laboratory, other advancements have already traveled to space and back.

SpaceX has driven down costs by building reusable rockets for the Merlin engines for its Falcon 9 and Falcon Heavy rockets, which use conventional kerosene-fueled propulsion systems. The innovative Raptor engine is fueled by liquid methane and liquid oxygen and is twice as powerful as the company’s previous largest engine. Designed to be reused 1,000 times and to make the journey to Mars, the Raptor is a full-flow stage combustion engine, meaning it burns fuel more efficiently than most every previous rocket engine, using almost every drop of fuel in its combustion process.

The testing and manufacture of innovative space propulsion systems has necessitated electronic components and printed circuit boards (PCBs) that withstand extreme temperatures and incredibly high pressure and can adapt to smaller form factors than traditional engines. Such components are also in high demand in advanced propulsion systems for aviation and marine engineering, where environmental concerns play a much larger role in design. Advances in LNG fuel for shipping, the elimination of ballast water, advanced rudder and propeller designs, and fuel and solar cell propulsion all depend on electronic systems that can withstand extreme environments.

In aerospace, innovations such as the use of advanced materials like Ceramic-Matrix Composites (CMCs) have great improved thermal efficiency. Electric, hybrid, and biofuel engines currently in development may radically change the industry, with companies like Airbus and Boeing on the cutting edge of propulsion systems that would save on, and eventually eliminate, the use of fossil fuels in aviation. These systems include state-of-the-art batteries and electronic components designed for far smaller airplane engines and electric motors.

All of the recent advances in propulsion systems, whether space, aviation, or marine, depend on reliable, flexible, efficient, and robust PCBs and other electronic components like those provided by NPI Services, Inc. (NPI). An industry leader specializing in prototypes and production-ready electronic products, NPI counts among its core competencies services such as full turnkey electronic assembly, kitting, PCB fabrication (Class 2, Class 3, flex and rigid-flex), cost analysis and logistics, and Bill-of-Material analysis.

NPI Services, Inc., has the experience and expertise in aerospace, defense, space flight, and transportation PCBs to meet the challenges posed by advanced propulsion systems, today and in the future. Contact NPI today for a quote for your propulsion system project.