NPI is the “Belle of the Ball”…..“BGA Reballing” that is! 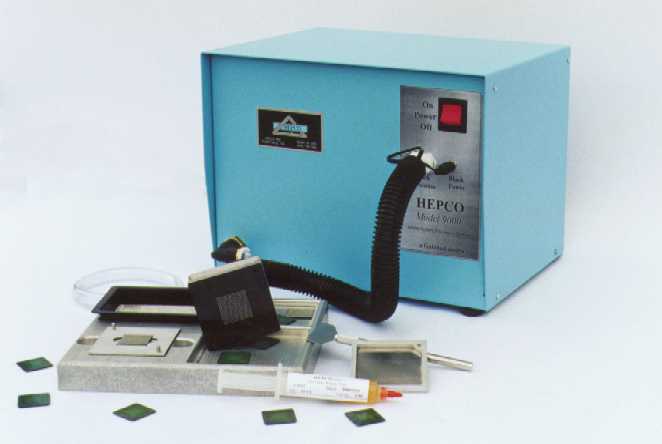 This celebration has one dance that will win you over. The scenario is simple and it’s very likely that you’ll run across it in the future. You’ve received your bare PCB and are ready for assembly, but you didn’t realize that a SnPb manufacturing process is required. You ordered and received several RoHS BGA’s, but as NPI advocates and with Contract Assembly Manufacturers in general agreement, it’s best NOT to mix solder chemistries by reflowing a BGA’s RoHS solder balls with SnPb solder paste. Fortunately, there’s a simple and quick solution to this dilemma….BGA Reballing!!

NPI’s assembly operation will remove the BGA’s RoHS solder balls and by utilizing their state-of-the-art HEPCO 9400-1 BGA Solder Sphere Placement System, replace them with SnPb solder balls, all within days and at minimal cost! As the solder chemistries are now the same, the result will be highly reliable solder joint.

The HEPCO 9400-1 System with its patented Reballing Process dramatically cuts the cost and cycle time of Printed Circuit Assembly rework. The HEPCO 9400-1 system allows NPI’s assembly operation to reball PBGA, CBGA, uBGA, and CSP packages including Ceramic, Metal, or Plastic components, as well as Micro-BGA’s with sphere sizes as small as .012” (0.3mm). In addition, NPI assembly can easily reball almost any BGA/CSP device in less than one minute with visual inspection checking for missing spheres/coplanarity BEFORE reflow. Maintaining the highest quality level is NPI’s constant focus regardless of the service being provided. 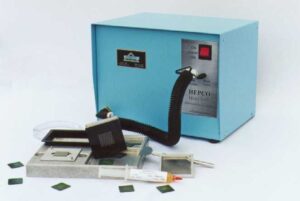 Whether it’s a first time build or needed rework such as removing, reballing and reusing BGA’s on another assembly, reballing is a quick and cost-effective solution. In today’s RoHS component world, reballing is not only very common, but necessary particularly in the Mil/Aerospace sector due to the constraints of Tin Whisker Mitigation requirements. The Mil/Aerospace sector will continue to have a high demand for reballing as Semiconductor Manufacturers have long stopped manufacturing and stocking SnPb balled BGA’s. The electronic components industry in general was driven to meet full RoHS compliance in the early 2000’s and with few exceptions, this effort continues today. Special ordering BGA’s manufactured with SnPb solder balls is still possible, but that “special order” typically translates into very long lead-times and minimum order qty’s, both undesirables for sure! So when you’re endlessly searching for a specific BGA with SnPb solder balls and you see a RoHS version available in stock, it’s a “no brainer”….BUY IT and simply contact NPI for your next BGA reball and end both your procurement headaches and assembly delays!